A man was arrested for allegedly making a threat against Wichita Mayor Brandon Whipple, police said on Friday. Whipple told CBS Wichita affiliate KWCH that the suspect was upset over the Kansas city's mask mandate. 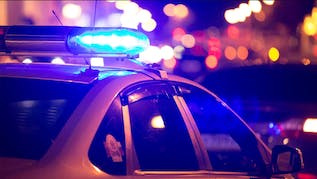 President Trump, Biden Go On Offense In States They Hope To Flip

Having trouble with the stream? Try our alternate player.

Get Talk Radio 1170 updates delivered right to your inbox!

Subscribe to get the latest from Talk Radio 1170. Sign-up is easy, and you can unsubscribe if you change your mind.

Coronavirus Coverage From The News on 6

A man was arrested for allegedly making a threat against Wichita Mayor Brandon Whipple, police said on Friday. Whipple told CBS Wichita affiliate KWCH that the suspect was upset over the Kansas city's mask mandate. 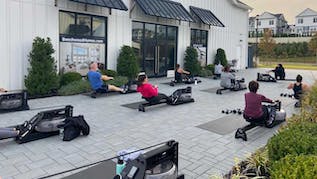 With many Americans still leery of working out indoors while COVID-19 lurks, gyms, fitness studios and personal trainers have been heading into the great outdoors to help keep their businesses alive and kicking. 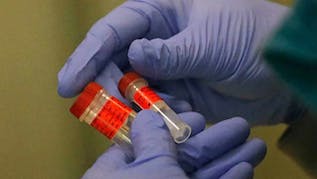 Three new virus-related death and 796 new coronavirus cases were reported in the state since Saturday, according to daily numbers released by the Oklahoma State Department of Health.

COVID-19 is forcing the American Red Cross to change how it interacts with victims of disasters.

The United States has now seen its highest number of new COVID-19 cases since July, with more than 69,000 new cases reported nationwide on Friday.

Oklahoma health officials are working to make adjustments to the state’s hospital surge plan. This week, the Oklahoma State Department of Health reported more than 790 hospitalizations linked to COVID-19.

Oklahoma City Public Schools said indoor sports will return this winter. However, public health officials warn that could be dangerous.

Oklahoma's COVID-19 vaccine distribution plan is now in the hands of the CDC.

The Civic Center Music Hall is set to reopen Saturday with the OKC Philharmonic. The facility shut down about seven months ago.

OU Medical Center just opened up 36 more hospital beds this week to alleviate some of the strain the hospital has been under with the amount of COVID-19 and non-COVID-19 patients it takes in.

A new study warns the coronavirus could erase years of progress for working women.

The football game between the University of Tulsa and Cincinnati has been postponed due to COVID-19 cases.

The pandemic has many people dropping some of their favorite activities, but it also has many picking up other hobbies such as playing musical instruments.

Scramble to get people counted as 2020 census winds down

The Latest: Curfew comes into force in French cities

French restaurants, cinemas and theaters are trying to figure out how to survive a new curfew aimed at stemming the flow of record new virus infections

The sobering musical “Jagged Little Pill,” which plumbs Alanis Morissette’s 1995 breakthrough album to tell a story of an American family spiraling out of control, earned a leading 15 Tony Award nominations Thursday, as the Broadway community took the first steps to celebrate a pandemic-shortened season that upended the theater world

The artist known as Residente has directed his own music videos and now he will help develop TV shows, films and other on-screen content for a global market

Karen Handel is looking for Republicans to mobilize in Georgia’s 6th District, which was once an incubator of high-profile Republicans

Oakland, Portland sue over use of federal agents at protests

The cities of Oakland and Portland, Oregon have sued the U.S. Department of Homeland Security and the Justice Department, alleging that the agencies are overstepping constitutional limits in their use of federal law enforcement officers to tamp down on protests

Power cut to thousands in California to prevent wildfires

The overwhelming majority of American voters believe the nation is deeply divided over its most important values, and many have doubts about the health of the democracy itself

Judge finds cases against 5 in Whitmer plot can move forward