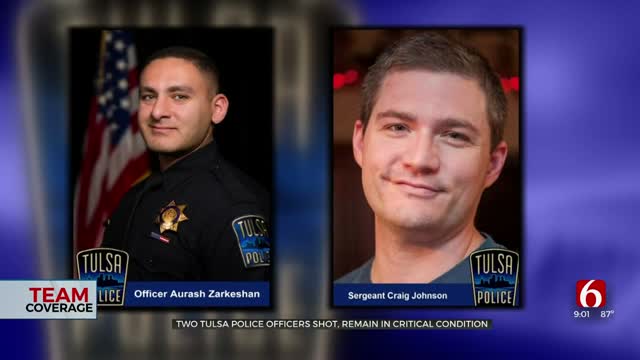 Two Tulsa Police officers are fighting for their lives after being shot in the head during a traffic stop.

Police said they are continuing their investigation into what happened, but have two suspects behind bars right now in connection to the shootings.