Thunder Keep Wizards Winless In The Bubble With 121-103 Win 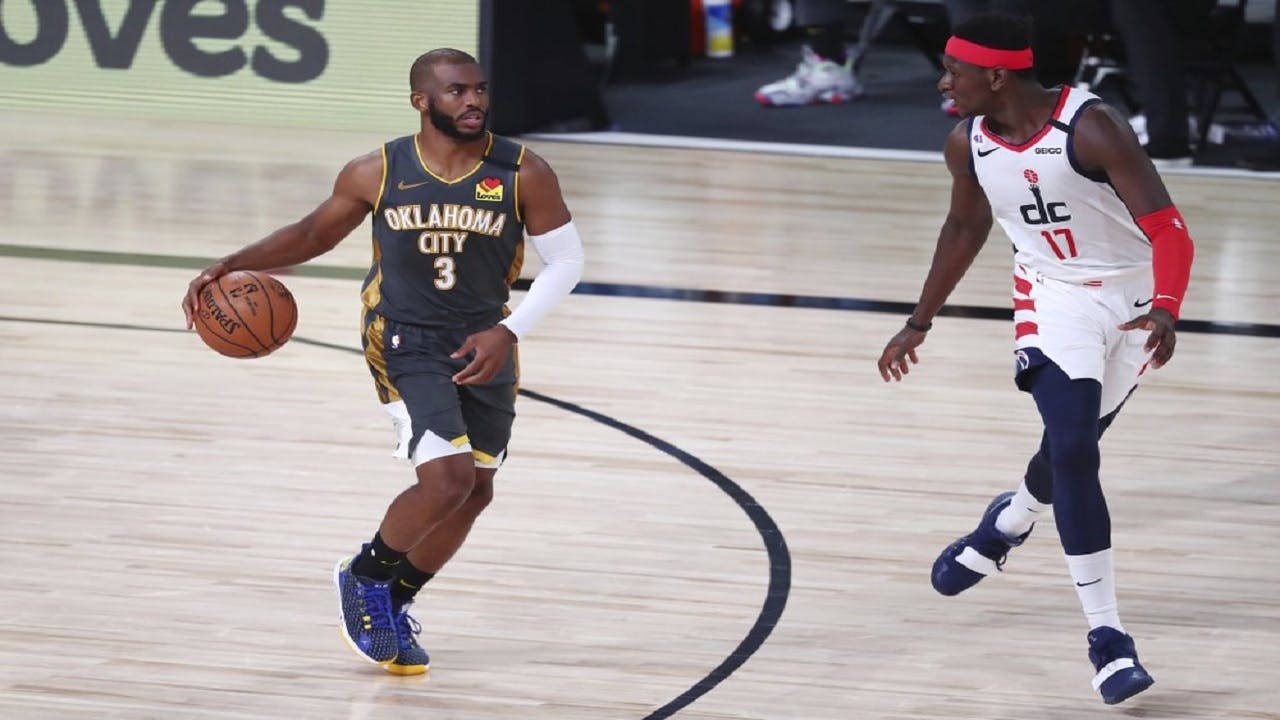 Rookie Darius Bazley scored a career-high 23 points off the bench, and the Oklahoma City Thunder beat Washington 121-103 on Sunday to keep the Wizards the only winless team inside the NBA bubble.

Bazley was 5 of 8 from 3-point range. Danilo Gallinari scored 20 points, and Shai Gilgeous-Alexander added 18 as Oklahoma City led from the opening bucket and improved to 3-2 in the seeding games. Mike Muscala also scored 18 points. Chris Paul had 13 points and nine assists, and Hamidou Diallo finished with 13 points for the Thunder. The Wizards, who came into this game already eliminated from playoff contention, dropped to 0-6 since the NBA restarted the season.

The Thunder opened with Muscala scoring six of their first 10 points for a quick 10-0 lead as the Wizards missed their first seven shots. Oklahoma City led 32-23 after the first quarter and 64-48 at halftime.

Wizards: G Shabazz Napier sat out with a sprained right ankle. ... Improving the 3-point shot has been a focus of the Wizards even with the chance at a play-in game gone, and the Wizards got plenty of shots that didn’t go down. They shot 26% (9 of 36) beyond the arc. ... Outscored the Thunder 48-42 in the paint.

Thunder: Matched a season high with 18 made 3-pointers, shooting 18-of-39 for 46.2%. They also made 18 3s against Miami on Jan. 17. ... Played without C Steven Adams due to a bruised lower leg and Nerlens Noel. Muscala played after missing the last two games in the concussion protocol. ... Snapped a two-game skid to the Wizards.