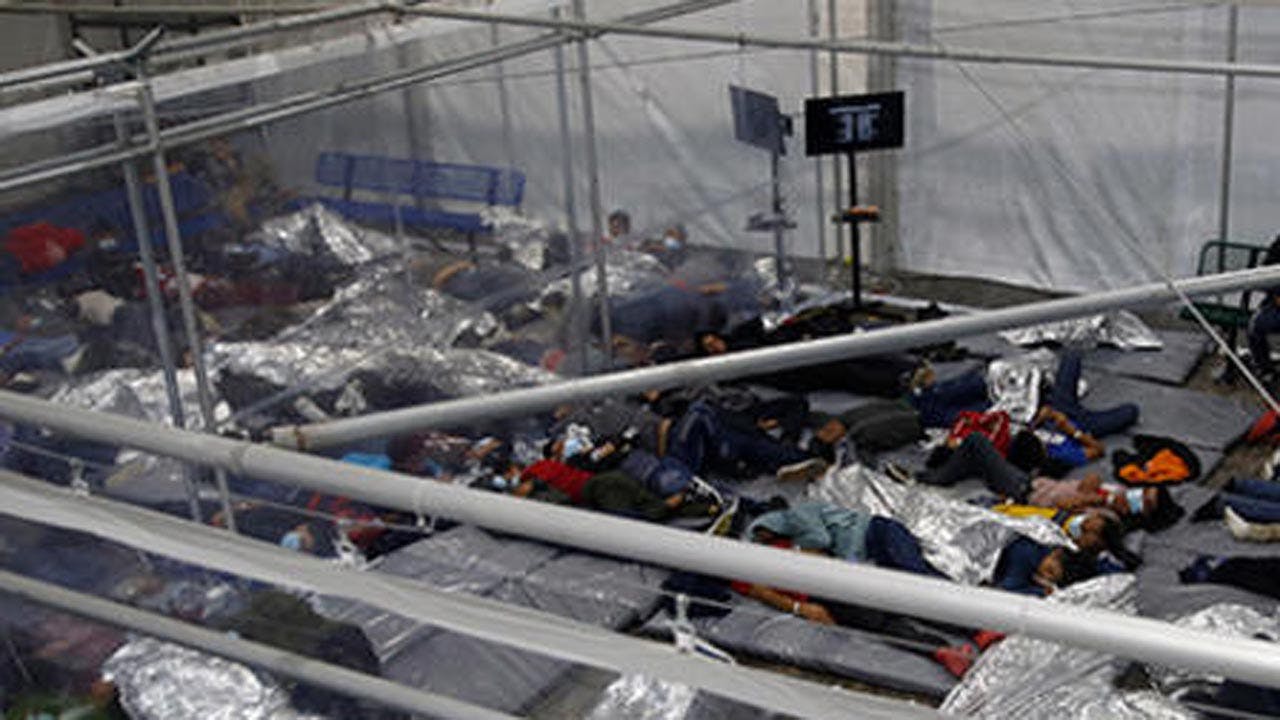 The number of unaccompanied children held by Border Patrol has plummeted by 88% since late March, when U.S. migrant holding facilities became severely overcrowded as thousands of minors crossed the southern border alone.

Customs and Border Protection (CBP) was holding 677 unaccompanied children over the weekend, compared to the record 5,767 lone minors the agency had in its custody on March 28, Homeland Security Secretary Alejandro Mayorkas told reporters on Sunday.

"The progress we have made is dramatic," Mayorkas said Sunday.

Photos released by CBP on Monday showed a handful of migrant children being held in the Border Patrol tent in Donna, Texas, on April 30, a sharp contrast to the overcrowded conditions seen in the facility in late March.

The acute overcrowding forced the Biden administration to convert convention centers, military sites and work camps into makeshift shelters. So far, HHS has opened more than a dozen of these emergency facilities in Texas and California.

Mayorkas in March tasked the Federal Emergency Management Agency with helping set up the makeshift shelters and called on Department of Homeland Security employees to volunteer to help process unaccompanied minors. On Sunday, Mayorkas said 400 U.S. Citizenship and Immigration Services employees had volunteered.

By setting up the makeshift shelters, the Biden administration has been able to speed up the processing of unaccompanied children. Border Patrol in April transferred an average of 653 unaccompanied minors per day to HHS, a marked increase from the 369 daily average for March, according to government data.

As of late last week, HHS was housing more than 22,500 unaccompanied children in its network of shelters and emergency housing facilities. The Office of Refugee Resettlement within HHS is charged with placing migrant minors with sponsors, who are typically family members living in the U.S.

Unlike Border Patrol, HHS has full-time child welfare professionals and case managers trained to care for migrant minors and tasked with reuniting them with family in the U.S.

The number of lone migrant children encountered in April is likely to be lower than March's all-time high as an average of 441 non-Mexican unaccompanied minors entered Border Patrol custody per day in April, according to preliminary government data. However, the figure is still likely to be a record high for any April in history.

"The numbers remain high," Mayorkas said on "CBS This Morning," noting that the April data should be released this week. "Whether they are as high as March is yet undetermined."